From Physio To Go to The Physio Stop 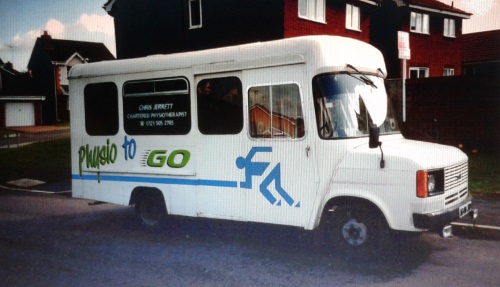 Chris initially set up a full time private practice in 1994 in the West Midlands. Originally, he had a mobile clinic hence the name Physio To Go, but as the clinic became busier, a larger clinic was needed and over the next few years the clinic continued to expand and Sandra joined to provide wider services and greater availability of appointments.

In 2001 Chris and Sandra decided to relocate to live in Scotland and initially Chris worked as Physiotherapy Manager in a private hospital and Sandra for the NHS. However, they felt that opening another private practice was the right move and Physio To Go (Scotland) was established. The clinic rapidly expanded and in September 2010 the practice relocated to larger, more accessible premises.
It was then that the clinic became The Physio Stop - still the same expertise and service, but improved facilities and increased availability of appointments.We have kept this section on the website as some people still search for Physio To Go as they have been in the past and want to seek our help again.
Next
Previous